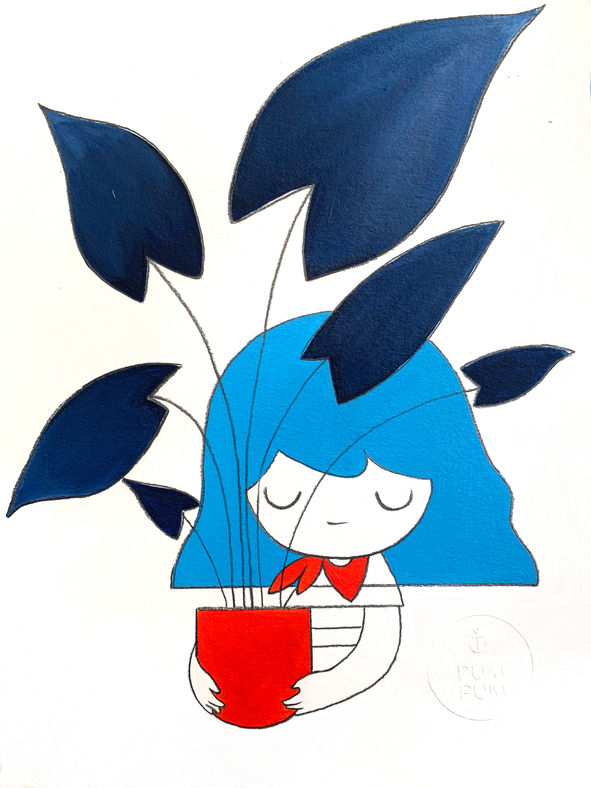 Pum Pum was one of a generation of artists to take their talents in design and illustration to the city walls. During the early years of graffiti in the city she painted alongside artists such as Jaz, Ever & Nerf, however chose to use brushes, rollers and latex paint instead of aerosol.

Pum Pum developed a distinctive style and an iconic cast of characters which feature in her mural and gallery works. Influenced by anime and punk rock, her creations often counterpoint the childlike innocence of her characters with a delicious note of darkness.